Cooking in the Alpujarras, Spain: Chestnut Soup with Sherry.

The end of October is definitely chestnut time. The air cools and the spiny balls drop to the ground when the wind blows. Its a bit of bother getting into them, but well worth it. If you find them on the ground, you can put your foot on top of one and just apply pressure, rolling over it carefully, until the nut pops out all shiny and and brown. There are several areas of Andalucía where chestnuts are cultivated, the Alpujarras village of Valor in Granada province, and the Serrania de Ronda in Málaga, in particular the villages of Igualeja, Pujerra, Cartajima and the upper Rio Genal valley in general.We made this wonderful chestnut soup in our cooking program at Casa Ana, having gathered the chestnuts from the “ruta medieoval” in the village of Ferrierola in the Alpujarras.Now we have traveled south to Cartajima to stay with friends in “Los Castanos”, a boutique hotel in the village, surrounded by a sea of chestnut trees. We have decided after all, not to go the curvy roads to the festival in Pujerra, even though there is a procession tonight. It’s quite far and the roads are not friendly in the dark. Plus, It’s too tempting to sit and roast chestnuts on the fire here “at home” and drink some lovely “aqua ardiente” a local wine, or anis. It’s quiet and we can tell stories.

All of us sitting around this fire tonight, Zoe Ouwehand, our English friend who owns Dar Cilla in Tarifa and has lived in the Congo and other parts of the world, our hostess Di Beach, a courageous, intrepid traveler who restored three houses in Cartajima to make this charming hotel, Anne Hunt, another super English woman who came to the Alpujarras on her own to restore a guesthouse she now calls Casa Ana. Kim Schiffer, a southerner who became an extraordinary chef and lives in Santa Barbara, and myself, who always enjoys the company of women visionaries.

We will have plenty to tell. No doubt, picking up on a thread of the other.

Here’s to chestnut soup in the Alpujarras and roasting chestnuts in Cartajima. 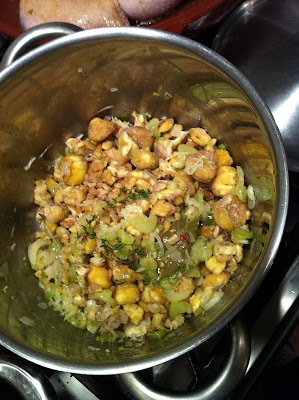 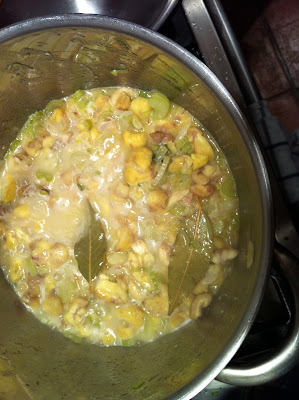