Catania, Sicily: An Endangered Market, Alive and Well.. for Now 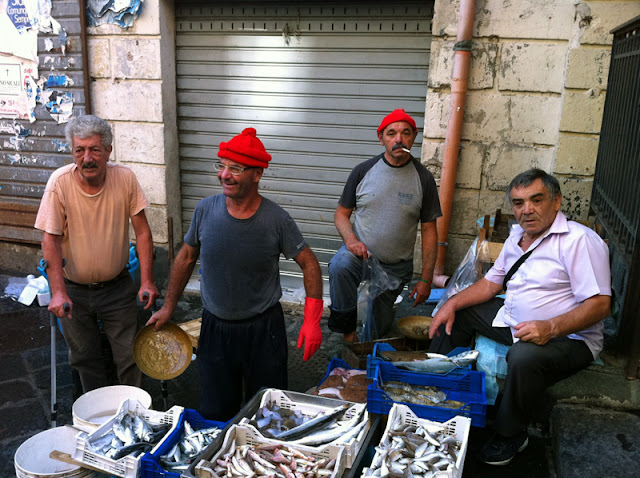 The Fontana di Amenano, built by sculptor Tito Angelini in 1867, owes its name to the underground river it takes its water from. The jet that causes the water to cascade is nicknamed “the fountain of the blanket-like water.” From here, one descends beyond the veil, down the stairs, into the belly of the Catania fish market. 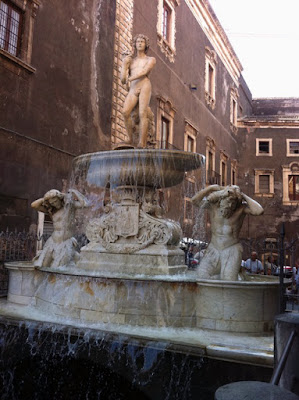 Old men and young, stand behind make-shift stands in old clothes and rubber boots. The stone street is wet with water and the occasional fish gut. Fish of all kinds are huddled together in blue plastic tubs, wooden crates and buckets, and spread along tables in colorful forms of fishy madness, with the slaughter and sadness of a funeral parlor. 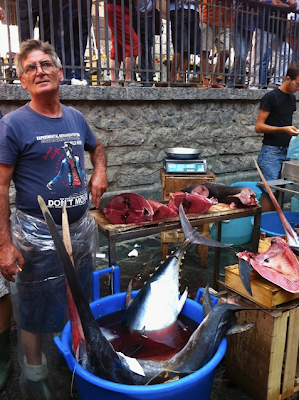 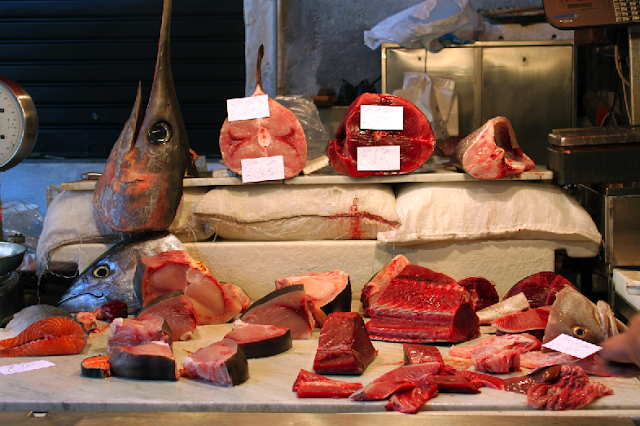 Bright eyes and bloody heads sit beside exquisitely butchered torsos of tuna and swordfish. Tiny schools of fish lay one dimensional on ice, next to neonatal neighbors of baby squid, whitebait and minuscule clams that squirt. Piles of ricci (sea urchin) lay on top of each other looking like spiky black stones, used for  Medieval hand grenades. When opened they display thin channels of briny gonads that we like to slurp up raw with a bit of lemon. 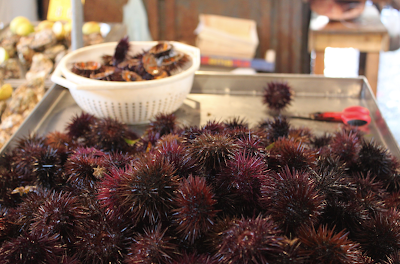 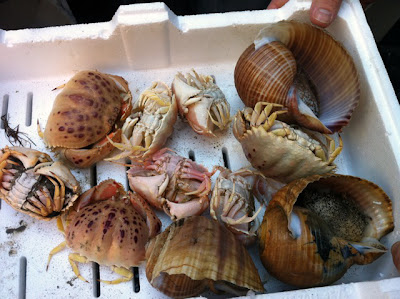 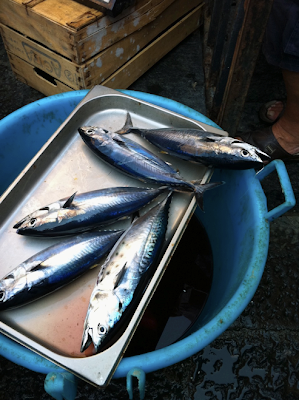 Lampuga is in season—beautiful grey and yellow mahi mahi. I can’t say that I haven’t enjoyed eating them as this week alone I’ve had them prepared raw with pomegranates, baked with tomato, red onion and capers, and pan fried with breadcrumbs.

Yet, I can’t help feeling that we are raping the sea of its bounty and delicate balance. To think this happens nearly every day is astounding. Yet, it seems the Sicilians are partial to fish. It can be economical, throwing nothing away. One uses the bones and head with fleshy cheeks for broth.

We could tell the real fishermen from the ones who were not, as they only had their small catch of the day. They were few and looked hungrier. Their dialect strong and their faces, ruddy and weary.

And you may ask yourself… so why does she write about it so poetically?The last time I was there, the tables were wooden. Now the EU demands stainless steel. The old, the new. Who will remain? The fishermen who fish? Or the fishermen who buy from other fishermen?Or will there fish to fish?

At least one thing is for sure, there will always be fish-kisses.. 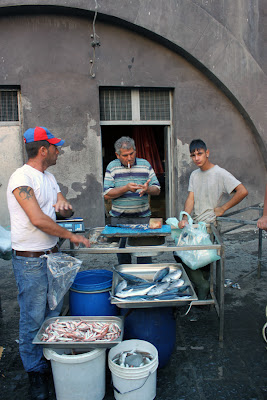 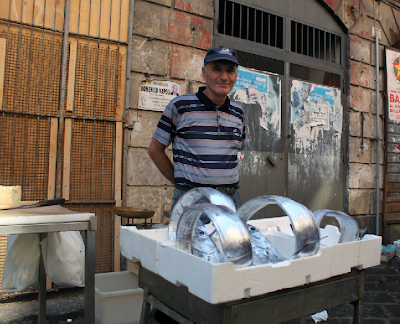 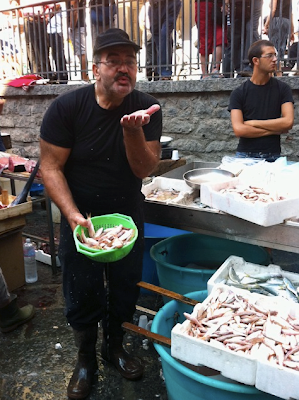